SEVENTY48 aka 70 miles in 48 hours.
Rules are simple: no motors, no support, and no wind. That’s right. HUMAN POWER ONLY. Pedal, paddle, or row. We don’t care. It’s up to you. (And this is a boat race. Leave your 10 speed-towing-a-canoe idea at home.)

Tacoma to Port Townsend
First find Tacoma, Washington. The race starts at the head of Tacoma’s Thea Foss Waterway near the Museum of Glass. Next find Port Townsend. That’s where you hope to end. Only two checkpoints are required: A boat and a bridge. Here’s the route map.

RULE 8: If we decide we need to consult a lawyer to figure out if you are disqualified or not, you are automatically disqualified.

YOU! It’s easy to try hard when no one is watching, but can you make 70 miles moving past the most populated cities in Washington? It’s a front country race, so the challenge isn’t about fighting whirlpools and running from bears. What you’re up against is yourself.

We’re stripping away the excuses and introducing difficult beyond the daily concept of difficult. What’s it gonna take to get yourself across 70 miles of water?

Each team kicks in 100 bucks to the kitty, and it’s pipelined into five prizes:

Random Hero Award – 1/8th of the purse and something awesome from one of our sponsors. We’ll take all the names of the teams that finish and throw them in a hat. There will be one lucky winner.

There are only 4 classes and only three awarded. Why? Because whoever wins overall 1st does not also get a freaking class prize. That would be ridiculous!!

The classes have been decided upon. Think of us as that Hogwarts sorting hat, only instead of ending up in Hufflepuff House, racers get sorted based on how they’re doing it.

Classes for SEVENTY48 are:

Standing Up
By Yourself
Facing Forward
Facing Backward

Here’s the order of filters we used to come up with these: (re-read that sentence before you move on)

The race is over 48 hours after it starts. Teams must ring the bell at City Dock in Port Townsend by 7:00 PM. The prizes will be awarded during the Race to Alaska Pre-Race Ruckus on stage with the band. That’s right. Another party, so stay an extra day and send off the foolhardy ones headed to Ketchikan for R2AK.

Based on the lawless self-reliance of R2AK, we wanted to compress crazy stupid into 48 hours and make it a different kind of hard. Think of it as powerlifting for 48 hours.

“The best intelligence test is what we do with our leisure.”
-Dr. Laurence J. Peter 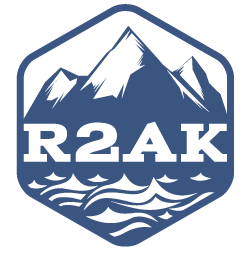 Simply, SEVENTY48 is the spawn of Race to Alaska. The idea for the R2AK was born in a beer tent at a boat festival. SEVENTY48 was conceived after a beer at R2AK. What is the R2AK? The premise is simple—you, a boat, a starting gun. No motor, no support, 750 cold-water miles from Port Townsend, Washington to Ketchikan, Alaska. $10,000 if you finish first, a set of steak knives if you’re second. Cathartic elation if you can simply complete the course.

R2AK is a self-supported race with no supply drops and no safety net. Any boat without an engine can enter, and we really mean any. It’s like the Iditarod, on a boat, with a chance of drowning, being run down by a freighter, or eaten by a grizzly bear. There are squalls, killer whales, tidal currents that run upwards of 20 miles per hour, and some of the most beautiful scenery on earth. It’s hard enough that it’s a bad idea to even try… and the same can be said about SEVENTY48.

Race to Alaska and SEVENTY48 are powered by the Northwest Maritime Center in Port Townsend, WA, a 501(c)3 non-profit organization whose mission is to engage and educate people of all generations in traditional and contemporary maritime life, in a spirit of adventure and discovery.